The Conservation Council ACT Region believes that Canberra should legislate for 24 hour cat containment across all of Canberra by 2025.  Here is an extract from their campaign.

Living on the urban edge

Australia’s bush capital, Canberra, is a planned city like no other. Over half the ACT is protected area, much of which is interwoven with the city’s urban fabric.

Canberrans have exceptional access to protected areas, with most Canberrans living within close proximity to a nature reserve. We are a capital city, a community that ‘Lives next to nature’. This unique structure has created an urban-bush interface (‘urban edge’) of over 1000 km with more urban edge added every year with the development of new suburbs1.

The prevalence of the urban edge presents a unique conservation challenge for the ACT. The bush areas which make up the thirty four nature reserves of Canberra Nature Park are home to a number of unique plants, animals and ecological communities that need to be protected. Much of our local ecological systems have national significance. It is our responsibility as residents of ‘The Bush Capital’ to reduce and manage our impacts on our native plants and wildlife, to be good neighbours to the bush next door.

There is no question that our cats and dogs play a crucial role in our lives as companion animals and members of our family. However without proper management, our furry friends can put significant pressures on native ecosystems though predation and the spread of diseases and weeds.

Both cats and dogs like to chase and hunt wildlife including reptiles, birds and frogs. Dogs have also been known to chase kangaroos. According to the RSPCA, dogs most commonly attack possums and blue tongue lizards while cats most commonly attack birds (such as the crimson rosella). Even where they do not hunt successfully, the predatory activity and their scent can cause extreme stress to animals.

The impact of roaming cats on native wildlife in ACT is particularly concerning. While it is well known that feral cats can devastate local populations of native species, it is also roaming domestic cats which are allowed to hunt during the day and night that have a significant impact. Find out more about the impact of Canberra’s cats below (Impact of Canberra’s Cats)

Cats and dogs can also transfer weeds and diseases from urban areas into our bush land areas. The seeds of some invasive plant species may be caught in fur and paws and spread as the as the animal travels. Similarly, domestic animals can transmit diseases such as Toxoplasmosis and tapeworm to native animals.

Being a responsible pet owner means keeping your cat or dog away from areas of ecological values for the protection of native wildlife and your pets. Roaming cats and dogs are susceptible to attack from snakes, kangaroos and other domestic animals. They are also at risk of consuming poison baits, becoming lost and contracting diseases. Pets that are kept indoors, contained in runs or walked on leashes generally live longer and healthier lives.

The following management advice will help prevent your pets from becoming pests:

Most cats have natural hunting and chasing instincts, which, combined with their acute senses, body shape and coordination make them a formidable predator. For management purposes, cats are described using three categories- domestic, stray and feral. All cats are the same species (felis catus) but differ in whether or not they are owned and rely on humans for survival.

A Background Paper: Responsible Pet Ownership and Protection of Wildlife collates data from local studies and research into the impacts of cat predation on Canberra’s wildlife. This study highlights the issues of domestic roaming cats in Canberra, with over 67 species of prey caught by domestic cats, with small introduced mammals caught most often, followed by birds (27%, of which 14 % were native), native reptiles 7%, native frogs 1%, and native mammals 1%.

Studies show that roaming domestic cats hunt both during the day and at night, and favour juvenile birds and reptiles from spring to summer when these species are more abundant and active.

Domestic cats have a significant impact on ground foraging and dwelling species, particularly frogs, reptiles and birds. Much of the vegetation on the Canberran urban fringe is habitat for such species1.

Cat tracking studies have shown that domestic cats will roam up to 1km into adjoining nature reserves where home ranges include these reserves. In Canberra, 88 of our 114 suburbs (77%) contain, border or are within 1km of important habitat for threatened or species of concern that are vulnerable to cat predation1.

It is crucial as Canberran residents, that we keep our cats inside our homes or in our backyards at all times, day and night.

A telephone survey commissioned by the ACT Government in 2011 showed that there is strong support for cat containment, with 65% of respondents supporting cat containment in all new suburbs of ACT. Almost all of ACT residents (91 percent) recognize the benefits of cat containment, being that contained cats are a lower risk to wildlife, are less likely to be a nuisance to the community and are less likely to be injured, lowering vet bills. The survey revealed that uncontained cats are four times more likely to suffer significant injures at least once a year than those that are contained at all times.

Due to the risk cats pose to native wildlife, the ACT Government has declared cat containment areas in Bonner, Crace, Coombs, Denman Prospect, Forde, ‘The Fair’ at Watson, Lawson, Molonglo and Wright. 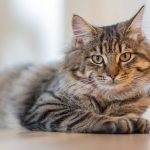 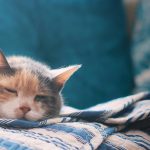 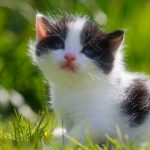 This article is reprinted from https://conservationcouncil.org.au/our-campaigns/nature-waterways/pets-not-pests-cats-and-wildlife-in-the-act/ Next Post Things to Keep Your Cat Happily Contained